Great Ideas Creative Group is a consortium of entertainment professionals from a variety of disciplines who like nothing better than to combine intellect, real-world experience, wild imagination and humor to create brilliant stories, designs and thematic solutions to theatrical and special event ventures throughout the world. At Great Ideas Creative Group, we believe that each creative endeavor requires its own unique fusion of inspiration, ingenuity and experience. Working with a broad spectrum of original thinkers, we assemble the right mixture of visionaries and realists to evoke that one great idea that will guarantee success. Then we roll up our sleeves and get to work producing innovative, on target, highly entertaining shows and events that will inspire and awe your audience.

We know inspiration can come from anywhere: A chance meeting, a fleeting thought, catching a glimpse of something, reading a particularly well-crafted phrase, hearing a haunting melody, seeing the world through someone else’s eyes. Combine everyone’s “Ah Ha!” moments together and the resulting spark of creative genius is not just a good idea, it’s a Great Idea! 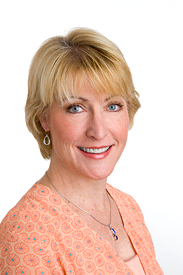 Sherilyn Draper
As an internationally known creative director and writer, Sherilyn Draper has conceived, written and directed shows and events for clients all over the world. As a creative professional, Sherilyn is able to follow a project from concept to completion either as the creative leader or a team member within the creative process. Participating as a concept creator and developer, treatment, story and script writer, or director, Sherilyn is well versed in all aspects of the live entertainment concept, research and production process. Whether the entertainment endeavor is a live stage show, arena-style children shows, parade, spectacular or Branded corporate special event, Sherilyn is known for her ability to quickly recognize the core essence of a project. The result is highly creative, targeted entertainment that fundamentally represents the subject matter. 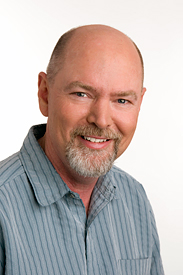 Ted Ricketts
Our resident music guy is Ted Ricketts. Ted is a music producer, composer, and arranger with national and international experience producing and directing live and recorded music. Ted has contributed to hundreds of stage shows, parades and concerts as well as instrumental and vocal groups for theatrical productions, theme parks and corporate entertainment. In addition, he has produced recordings in major cities in Europe, Asia, Canada and the United States. As an innovative composer and arranger, Ted’s commissioned and published works have been heard on television, commercially produced albums, in Walt Disney theme parks, and performed live throughout the world.